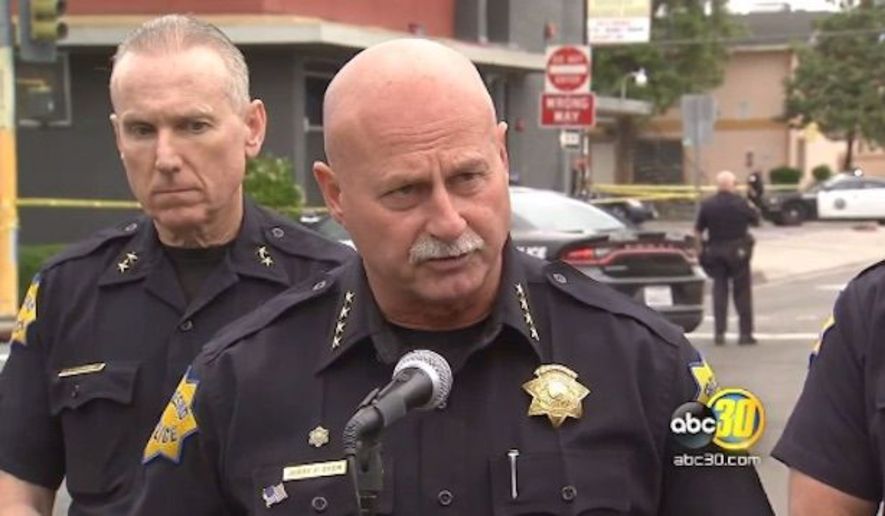 Kori Ali Muhammad, 39, shouted “Allahu Akbar,” or “God is great” in Arabic, as he was being taken into custody, the Fresno Police Department said.Two of the victims were fatally shot outside Catholic Charities in the 100 block of North Fulton Street, the third victim was a passenger in a Pacific Gas & Electric truck in the 300 block of North Van Ness Avenue, and a fourth man, who is also white, was shot at but not injured, The Fresno Bee reported.Police said Mr. Muhammad stopped to reload his revolver during the shooting spree.