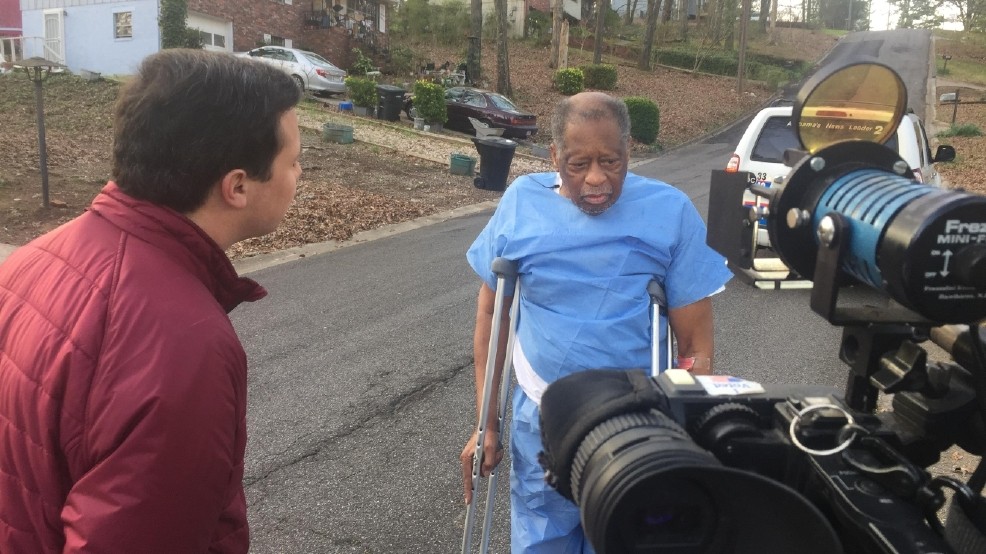 Wednesday’s break-in happened around 1:00 a.m. This time Croft was home in his bed. A self-described light sleeper, Croft said he heard the two men break-in and soon found them inside his bedroom. The burglars ordered him to stay still. Instead he grabbed his .38 caliber pistol and shot the closest one. “I think he was going to make me tell if there was any more money in the house but when he said don’t move and heard the bed creaking, I had the gun in my hand and I just shot him.”Croft, who lives alone, said he chased the other burglar out of the house where a getaway car was waiting.