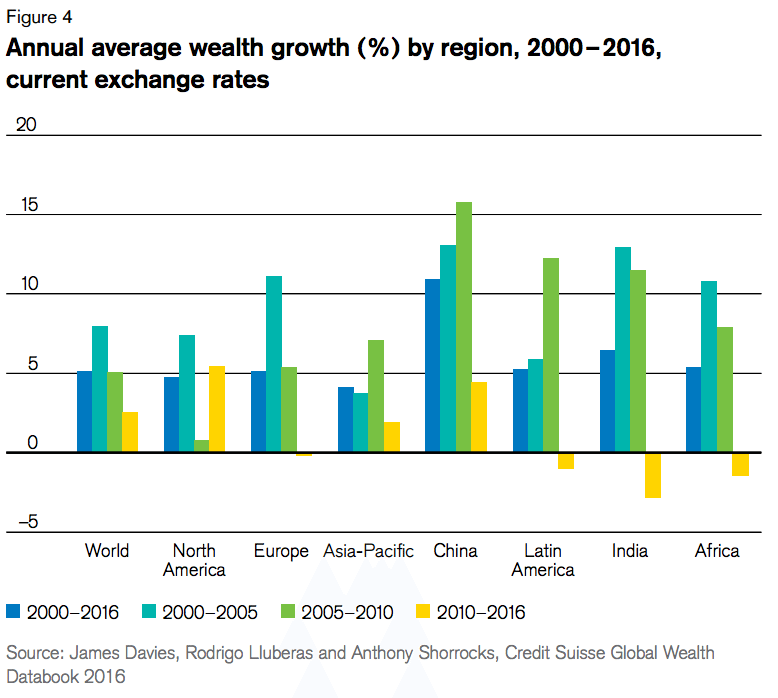 According to the recently released Credit Suisse Research Institute 2016 Global Wealth Report, roughly half of worldwide ultra high net worth (UHNW) individuals (defined as those with $50 million or more), live in the U.S. This number dwarfs the figures of the next closest entire continent, with Europe coming in at 21 percent, and the rest of North America tacks on about 2 percent to the continental total. Suffice it to say, no other individual country was even in the same ballpark.