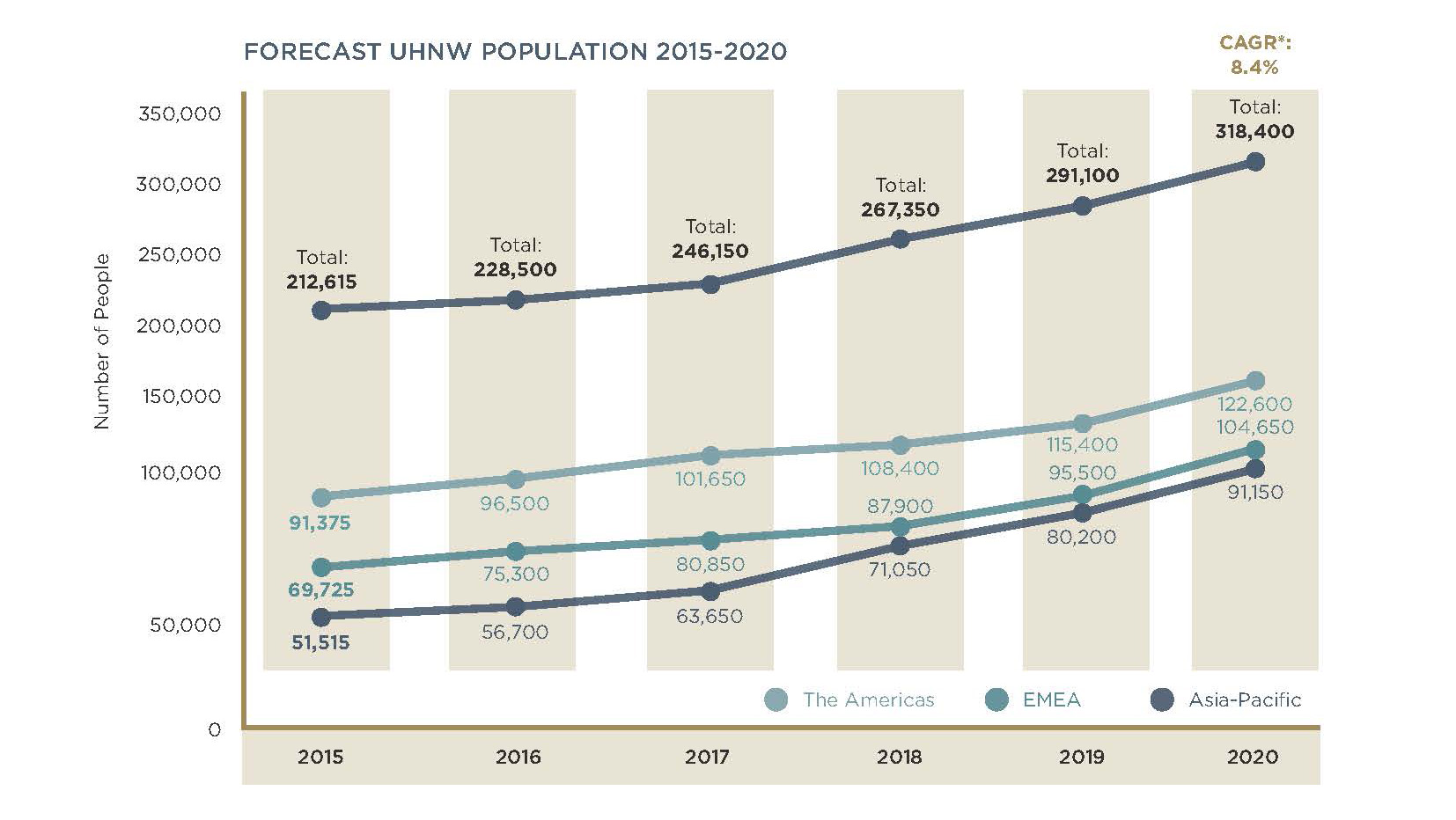 As for the UHNW population itself, the richest are getting richer, older and more male. UHNW women decreased by 3 percent, and their total wealth decreased by about 14 percent, a phenomenon the study indicates is partially a result of increased reliance on inherited wealth by this group. That being said, the inheritance business looks like it may soon be booming, as billionaires, the wealthiest sub-group of the UHNW, also saw their wealth grow the most, at 5.4 percent. Additionally, UHNW individuals aged 80 or over are currently worth nearly double that of the average global UHNW individual and a staggering seven times more than those under 30.