#DGU of the Day: Carjacking fails when man, 71, defends himself and his wife 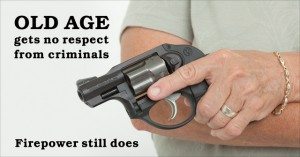 “The driver’s door was cracked slightly. While they were in there, what ends up being our suspect came along and pulled open the door and started punching the man in the head. Telling him to get out. He was trying to take the car,” said Sioux Falls Police Officer, Sam Clemens.What the suspect didn’t know was the 71-year-old man he was was hitting over the head was carrying a concealed weapon. The Oklahoma man sitting with his wife took a 38 caliber handgun out of his pocket and shot the suspect twice.”There’s some type of reciprocity so if you’re issued a concealed weapons permit in another state, as long as there’s that agreement between the states, then you’re allowed to carry concealed in a different state,” said Clemens. The carjacking suspect, 34-year-old Edward Leblanc of Bismark, was found near McDonald’s on West 41st Street. He will most likely face charges of robbery and simple assault, once he’s released from the hospital.