Family and the Revolution 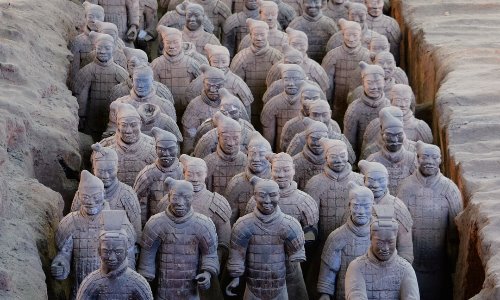 Christianity elevated matrimony to a sacrament, affirming its indissolubility. When the Roman Empire collapsed the only reality which endured to form the basis of a new society was the family. The birth of the Middle Ages coincided with the development of the family institution. As Régine Pernoud observes, to understand Medieval society we need to study its familial organisation: “It is there that we find the ‘key’ to the Medieval Period and also its originality.”

For over one thousand years, the family constituted the model of political society in Europe. The French Revolution abolished the monarchy, but the paternal character of monarchical government lasted until 1918. The Austrian Empire was still ruled by a monarchical and familial system. In traditional monarchic law, the king performed a public mission in the service of the people, to whom he was like a father.

The antithesis of this Christian vision of the family is the revolutionary project for the destruction of the family. In the last two hundred years, the principal enemies of the family have been Marx and Engels, Sigmund Freud, and the intellectuals of 1968.

The first denial of the family is philosophical, and it is the daughter of the dialectical materialism of Karl Marx (1818-1883) and Friedrich Engels (1820-1895). In The Origin of The Family, of Private Property, and of the State7 Engels pretends to demonstrate scientifically that the family is not a natural reality, but an arbitrary superstructure produced by history that is destined to disappear. The family, according to Engels, cannot be a natural reality because there is no permanent and stable nature of man. From the Marxist perspective, all that exists is matter animated by continual movement; nothing is permanent, everything changes and is transformed. In primitive times, argues Engels, humanity lived not only in the communism of goods but also in sexual promiscuity. Only later, in the society of classes born with private property, was the family born, where the woman was the victim and the man the exploiter. There is also a relationship between familial alienation and the exploitation of the proletariat, the oppressed class. The movement towards communism thus includes the “liberation of the woman” by way of the suppression of the family and of marriage. The social model for communism is the life of primitive men, such as those still living in the Amazon.

The second denial of the family is of an ethical character and comes from Sigmund Freud (1856-1939) and his followers. If Marxism attacks the philosophical bases of the familial institution, Freudianism attacks its moral foundation. The family is, in fact, a reservoir of moral values, that arise from the effort of generations to progress morally and materially. Freud opposed Christian morality, based on the spirit of sacrifice, with a hedonist morality, based on pleasure, the libido, which constitutes the hinge of psychoanalytic theory. The Austrian psychoanalyst introduced two new ethical categories: the repression and the liberation of instincts. Man ought to free himself from repressive morality which prevents him from realising himself, in order to give a free outlet to his own desires and his sexual urges.

A disciple of Freud, Wilhelm Reich (1897-1957), sought to combine psychoanalysis with the doctrines of Marx. He was the founder of so-called Freudo-Marxism which lies at the roots of the student revolt of 1968. Its principal theoretician was Herbert Marcuse (1898-1979). The fundamental thesis of 1968 is that Marxism must be overcome because it limits itself to a political revolution without subverting the values of culture and daily life. One of the foundational texts of 1968 was The Death of the Family8 by David Cooper (1931-1986). For Cooper, the bourgeois “happy family” is indissoluble and therefore lies at the root of all social repression. The “madness” is not only the response to pathological institutions like the family, but it is a value in itself, the foundation of a new political consciousness.

It should be added that the intellectuals of the destruction of the family who prepared 1968 did not limit themselves to works of philosophical theory but, in accordance with the principles of Marxism, demonstrated the strength of their ideas by initiating concrete projects for the conquest of power.

It was the communist theoretician Antonio Gramsci (1891-1937) who elaborated the strategy for the conquest of power in the West, and the American author Saul Alinsky (1909-1972) set out its most radical conception and “the long march through the institutions”.9 Among Alinsky’s disciples is Hillary Clinton, whose senior thesis at Wellesley College, written in 1968, was titled: “There is only the Fight . . . : An Analysis of the Alinsky Model.”

Like Gramsci, Alinsky also maintained an absolute ethical relativism. Relativism is the cultural vision that dominates our times. There is no natural law, no absolute and universal principles. Everything depends on historical circumstances and the intentions of the subject. This philosophy, which has even penetrated the Catholic Church, is at the root of the new moral paradigm proposed by Pope Francis.

Benedict XVI frequently denounced the contemporary “dictatorship of relativism”. In his speech to the European Popular Party, 30 March 2006, he recalled the existence of “principles which are non-negotiable”. He listed these as:

“…the protection of life in all its phases, from the first moment of conception to natural death; the recognition and promotion of the natural structure of the family, which is a union between a man and a woman based on marriage, and its defense from attempts to render it juridically equivalent to forms of union that are radically different which in reality damage it and contribute to its destabilization; the protection of the rights of parents to educate their own children.”