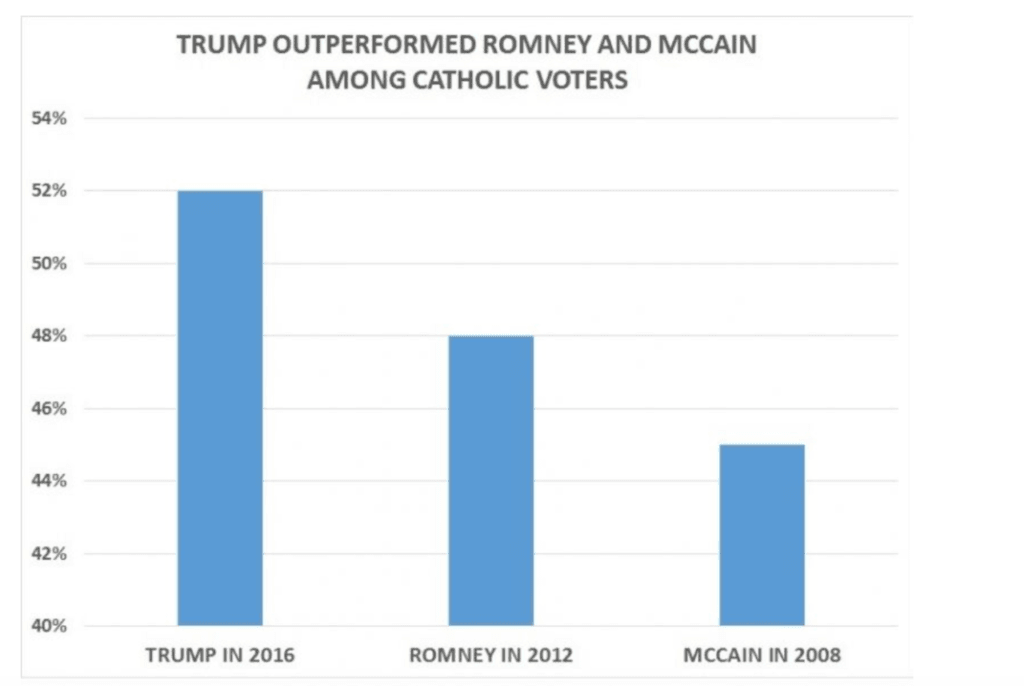 A national exit poll is showing President-elect Donald Trump won the Catholic vote Tuesday, 52 percent to Hillary Clinton’s 45 percent.The poll, published by CNN, shows 23 percent of Americans who voted this election season identified themselves as Catholic, while 27 percent said they were Protestant, 24 percent “Other Christian,” 15 percent “No Religion,” and three percent “Jewish.” Of the Catholics who voted, 52 percent voted for Trump and 45 percent voted for Clinton.