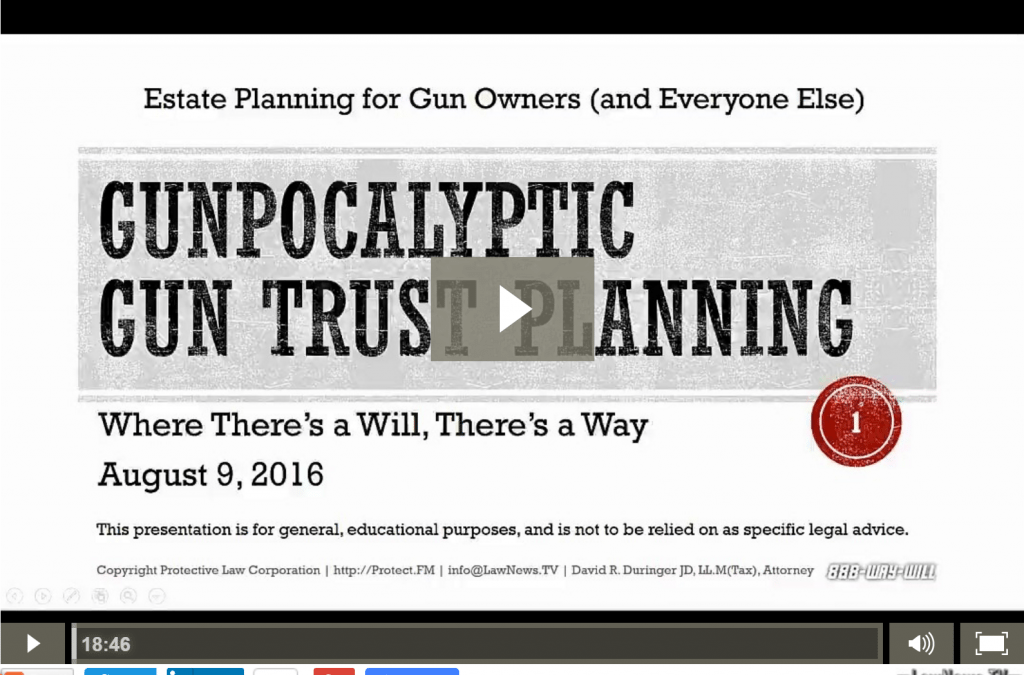 A webinar aired today by Michel & Associates, on behalf of NRA and CRPA, attended by almost 1000 gun owners, erred in discussing gun trusts.  Michel attorney Joseph Silvoso stated or at least strongly implied that assault weapons could not be owned in trust and that a trust could not be used to pass assault weapons.

I urge you to watch my video on this subject as the gun trust is the only way to carry on an effective firearm legacy, and is far more important than either legislation or the courts in fighting the gun grabbers: 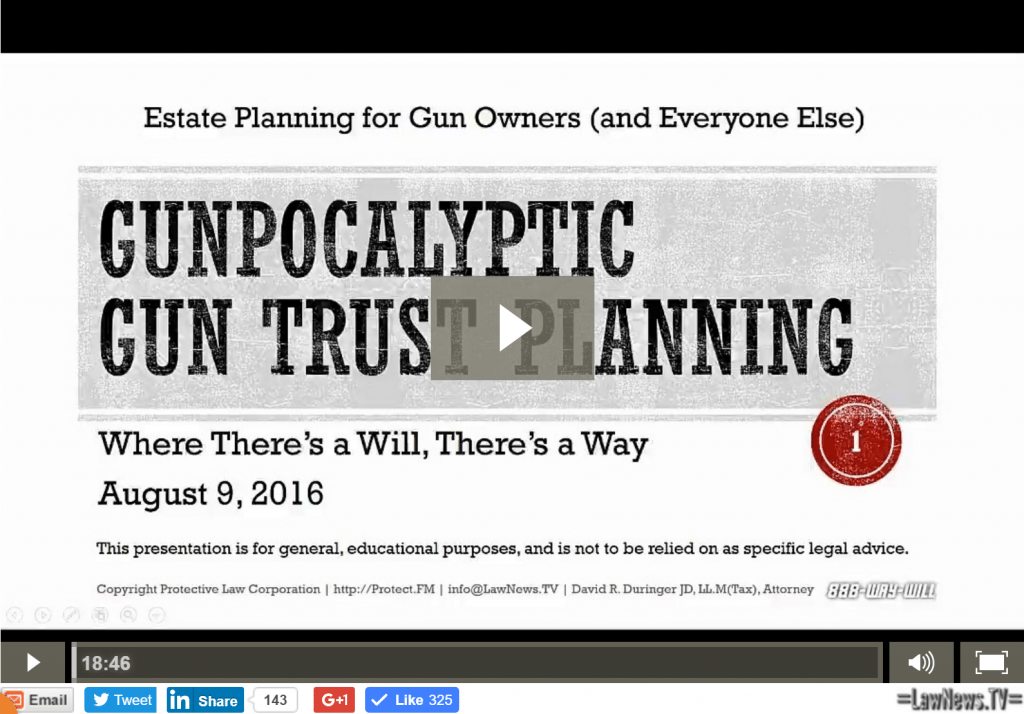