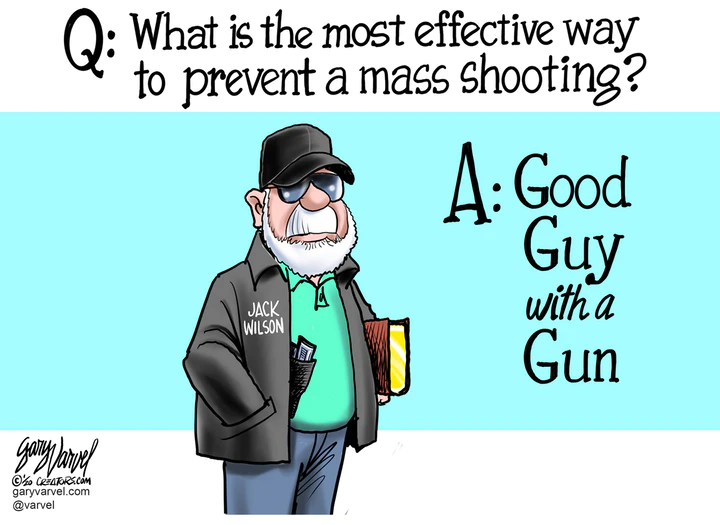 [The video of this shooting is disappearing from the internet so I am posting it for students — take advantage of my offer of virtually unlimited free firearm training for you and everyone at your California place of worship.]

The shooting occurred today at West Freeway Church of Christ in White Settlement, Texas. Some guy pulled out a long gun and started shooting. Although there are reports saying that two church members returned fire, from the video it appears that only one church member returned fire (hero Jack Wilson). This was after another church member got up and apparently drew a weapon with way too much hesitation. While he deserves some credit for being first to draw, he’s dead.

This is why we practice speed of presentation, whether you are pointing in to shoot, or merely presenting to the ready.

Within seconds of the shooting, at least a half dozen church members were shown with pistols drawn, closing in.

All in all, it could have been much worse. But there can always be improvement. Much better result here than in some other churches and synagogues where inadequate defense measures were taken and parents abdicated their responsibility to defend their children. How can we improve here?