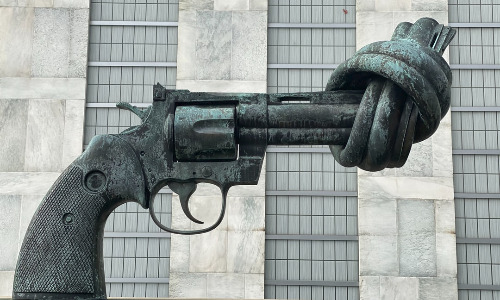 This should not surprise anyone who understands violent criminals don’t painstakingly follow gun laws, but California, the state that highly restricts gun ownership and use and serves as a lab for crazy new restrictions, also topped the list for mass killings in the US in 2019:

In all, there were 41 mass killings, defined as when four or more people are killed excluding the perpetrator. Of those, 33 were mass shootings. More than 210 people were killed.

Most of the mass killings barely became national news, failing to resonate among the general public because they didn’t spill into public places like massacres in El Paso and Odessa, Texas; Dayton, Ohio; Virginia Beach, Virginia; and Jersey City, New Jersey.

The majority of the killings involved people who knew each other — family disputes, drug or gang violence or people with beefs that directed their anger at co-workers or relatives.

California, with some of the most strict gun laws in the country, had the most, with eight such mass slayings.