Twitter blocked me from tweeting THIS story but not others 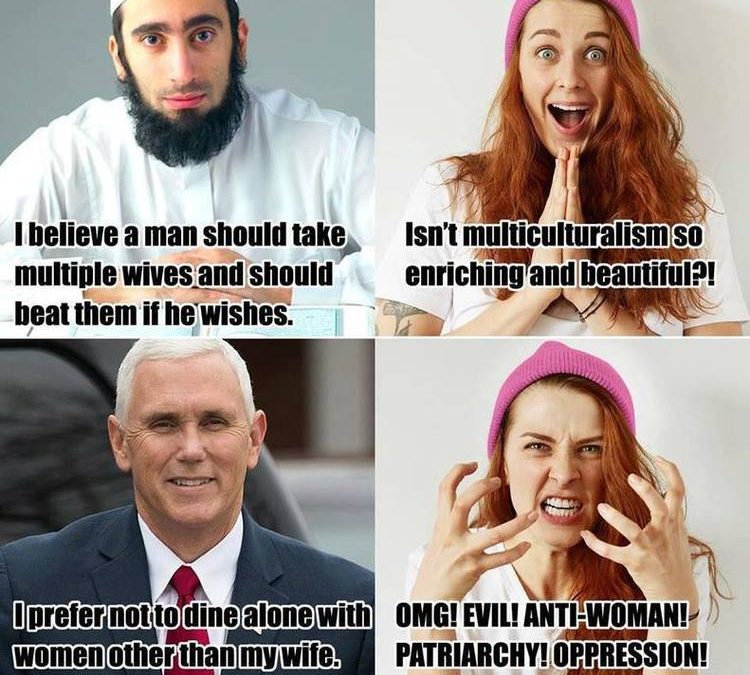 I tried to tweet this story directly (instead of reblogging) but twitter blocked the tweet for some reason. I could still tweet other stories, but not this one critical of Islam, so it was not due to any spamming by me.

Kimberly Morin reports The Huffington Post decided to “celebrate” Muslim Women’s Day with a hashtag. It probably isn’t going quite how they expected.

Source: How Feminists React To Muslim Vs Republican Beliefs On Women | The Federalist Papers 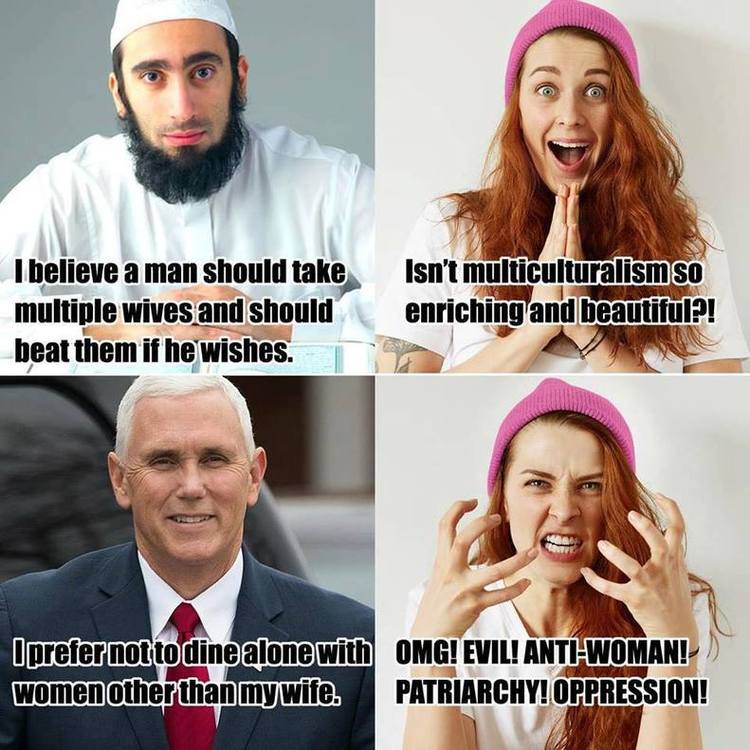 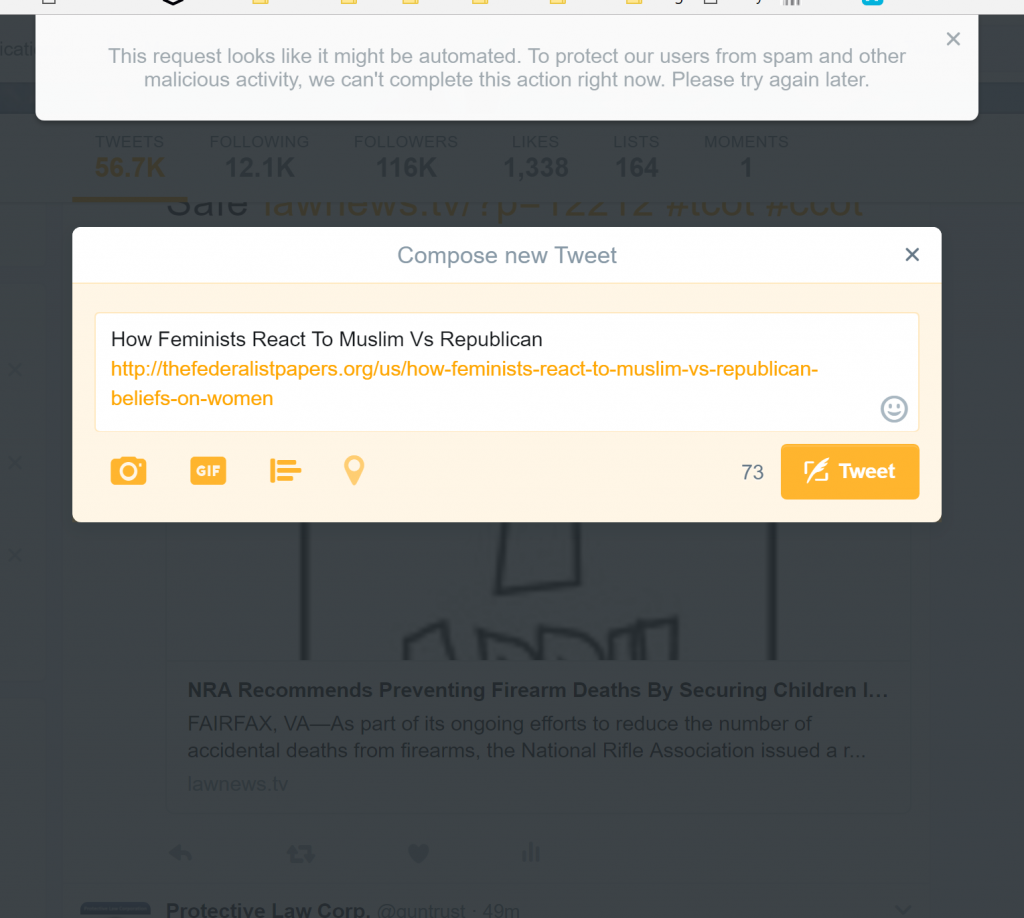