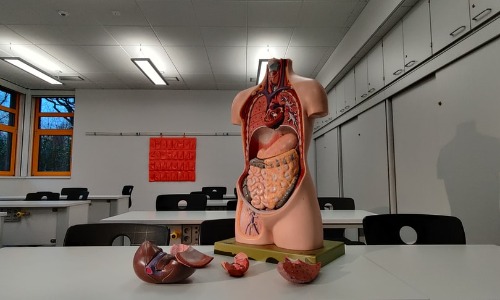 Could we see forced organ harvesting here in the US?

Of course the notion seems far-fetched, but over the last couple years we’ve fetched so much culture-rending nonsense from far-away communist China that we could be up to our eyeballs in China soon.

We have known for some time that China is engaged in massive forced organ harvesting, primarily inflicted upon practitioners of Falun Gong. The number of organ transplants rose sharply in China during the same period (2001-2006) that China imprisoned a million Falun Gong adherents. The persecution of Falun Gong continues, and now the pool of unwilling donors includes Uighur Muslims and probably also Tibetan Buddhists and Chinese Christians.

So much can be accomplished when you eliminate legal/ethical/moral considerations, right? The end justifies the means? That’s why China can claim such amazing stats on number of organs per donor, short waiting periods, etc. China is basically the In-N-Out of organ donation. With a little Burger King thrown in if you can afford it your way. For example, wise shoppers know that organs are freshest when harvested from live subjects. The idea is not new: European physicians have proposed harvesting organs from the soon-to-be-euthanized, and the Islamic State approved harvesting organs from living non-Muslims.

Europeans and Muslims may be as uncivilized as the Chinese, but certainly Americans respect life too much to allow this, right? Actually, the US is one of only seven countries in the world (others are Canada, China, Netherlands, North Korea, Singapore, and Vietnam) that allow unrestricted abortion after 20 weeks. (And I won’t even get into the extant harvesting of organs from live aborted babies.) So no, we do not respect life, not by a long shot. If we did, do you think we would be forcing people (including kids) to take dangerous, experimental vaccines?

Life is cheap in the US and our federal government seems enamored of China as a role model so it may not be long before the greedy organ grabbers reach out to the untouchables among us.

Question for you is, are you an untouchable? Politically incorrect in any way? Attractive organs? Bad estate planning?

Having an updated advance health care directive (part of every basic estate plan) may help protect you.

You cannot stop a determined organ grabber any more than you can stop our secret police (FBI) from grabbing a diary proving Biden’s a pedo. But having a good advance health care directive will usually work to keep decisions within the family and away from tyrannical hospital committees. Because Sarah Palin was right. There really are death panels, even now, where people fail to plan properly. As corruption grows, this will only get worse.