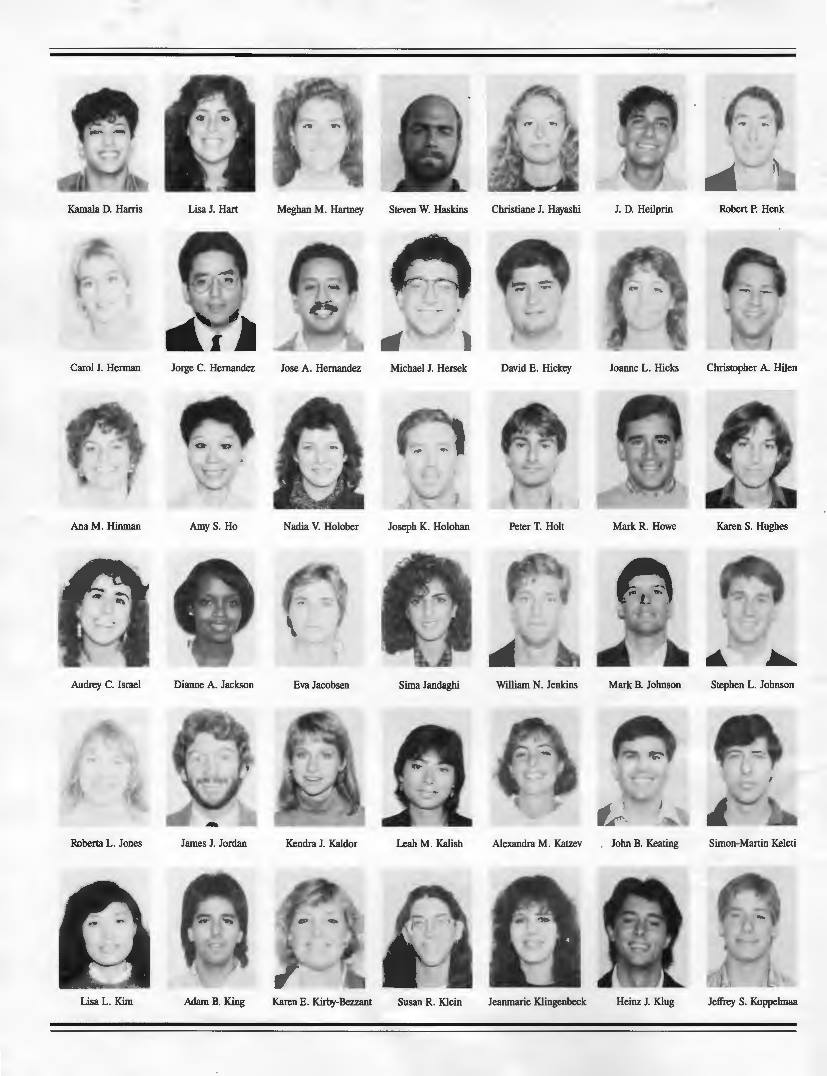 Kamala Harris and I were both in the Class of 1989 at UC Hastings College of Law, but I did not know her personally — Hastings was in 1986-1989 a large law school (about 1500 students).  Although I passed the bar exam the first time I sat for it and was admitted in December of 1989, for some reason Kamala (be careful to pronounce it correctly, like “Kommie”) was not admitted until June of 1990 so I’m guessing she failed her first attempt. (Looks like she did, based on a number of articles including one by ABA for Law Students.)

If in fact she failed, that’s really amazing since she had advantages not available to me.  Her close grandfather was a diplomat, but I didn’t even grow up with a lawyer in the family.  More importantly, while I was flailing around the first year trying to adjust to this new way of studying called “law school” which to me seemed like torture, she as a minority student in the Legal Education Opportunity Program (LEOP) was getting first-rate tutorial assistance, including special course outlines only available to those LEOP students.   Considering that a single final exam counted for 100% of the grade in these year-long classes, that was extremely unfair!

Apparently affirmative action of a different sort continued after graduation.  Willie Brown admits to dating Kamala and helping her career.  Willie Brown never dated me or helped my career.  But he did help Gavin.  Hmmm.  (I recall that Willie gave our Class of 1989 commencement address — which I skipped, heading home early — maybe they hooked up there and that had something to do with her not passing the bar?)

Is it unfair to point out how Kamala Harris benefited from affirmative action?  The reader can decide, but just about every California gun owner will tell you from experience that the end product of this affirmative action was an anti-American, gun-grabbing beast.