No death for Dekraai, ruling decried

Soon after she was appointed, and before she started taking away our concealed carry licenses, Sheriff Hutchens told me, “Orange County is not Mumbai,” when I brought up the need for concealed carry to prevent mass attacks.

Well, Dekraai was a sort of Mumbai and not only was there no armed citizen to prevent the attack, but OCSD follies figured prominently in the judge’s ruling dispensing with the dealth penalty which justice demands.

In a rare decision, Judge Thomas Goethals took the death penalty off the table for confessed killer Scott Evans Dekraai, 47, citing misconduct by local prosecutors and sheriff’s officials. Dekraai pleaded guilty to killing eight people and wounding another in an October 2011 shooting spree at a Seal Beach salon.“This court finds the prosecution team is unable or unwilling” to provide the evidence to ensure Dekraai would get a fair penalty trial, Goethals said.The judge added it would have been “unconscionable and perhaps even cowardly” not to sanction local prosecutors and sheriff’s deputies for improperly using jailhouse informants and hiding evidence, causing him to consider a decision that had once been “unthinkable.” 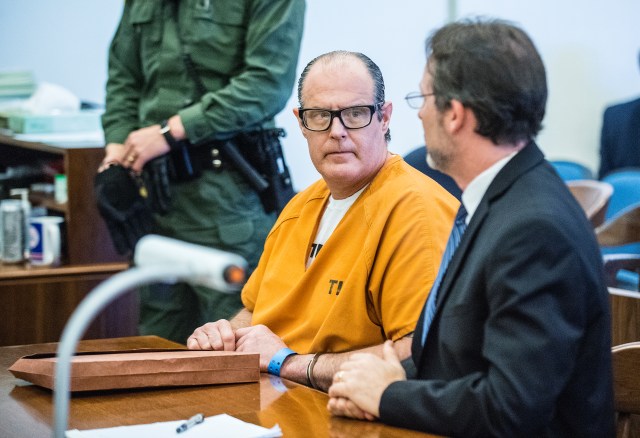