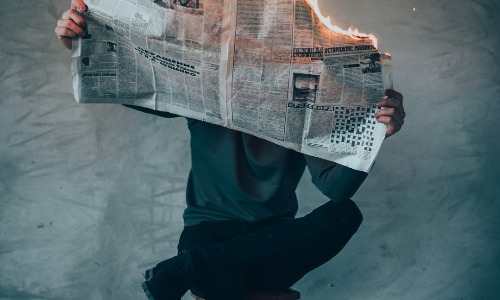 Less than two hours after today’s shooting at Saugus High School in Santa Clarita, which at this hour has resulted in the deaths of two students, SLO Tribune published this article using the tragedy to pitch useleess gun control that would not have helped at all.

The article also brought up AR-15’s, claiming they’ve become the “go-to weapon in many of the recent United States mass shootings” but according to the FBI rifles kill very few people in this country (see here and here). (An AR-15 was recently used by a NRA instructor to SAVE a church in Texas from a mass shooter.) The kid shooter here used a handgun.

And before SLO Tribune brings up limitations on mag size, take note that the handgun was a .45 — probably a 1911 platform which typically uses magazines holding only seven or eight rounds. And it looks like the shooter only had one magazine.

Isn’t anyone disturbed to see, after every such shooting, innocent kids marched out with hands raised so they won’t be shot by the same feckless police who disarm any adult that could possibly defend them?