Sources: Sean Hannity once pulled a gun on Juan Williams

[UPDATE: Yes, some of my fellow conservatives are low-information voters apparently, and blame me for spreading “fake news” — well, those of us who are involved seriously with firearm training and are capable of analyzing BS recognize there are serious issues here possibly and that this story cannot be dismissed as “fake news” until those issues are resolved. For example, has Juan Williams denied that Hannity pointed the laser at any part of his body? No denial from Juan, as far as i know. See here.]

I used to think Hannity was a squishy RINO but he’s now certainly a valued conservative.

If this is true (and consider the source, CNN), some criticism is in order. First, I’m not a big fan of lasers for multiple reasons but people do differ on that whole subject. Second, and more importantly, you must NEVER point a real gun at a person, even if you are sure it is not loaded. That violates one of the fundamental safety rules. (I’m assuming the laser system was safe and his finger was off the trigger.)

Still, Hannity’s version of entertainment can go too far. Last year, after ending one of his many spirited on-air arguments with liberal contributor Juan Williams, Hannity pulled out a gun and pointed it directly at Williams, according to three sources with knowledge of the incident. He even turned on the laser sight, causing a red dot to bob around on Williams’ body. (Hannity was just showing off, the sources said, but the unforeseen off-camera antic clearly disturbed Williams and others on set.) 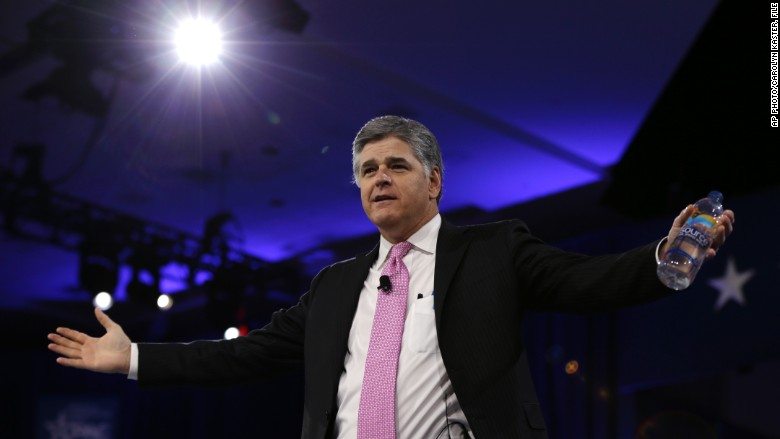