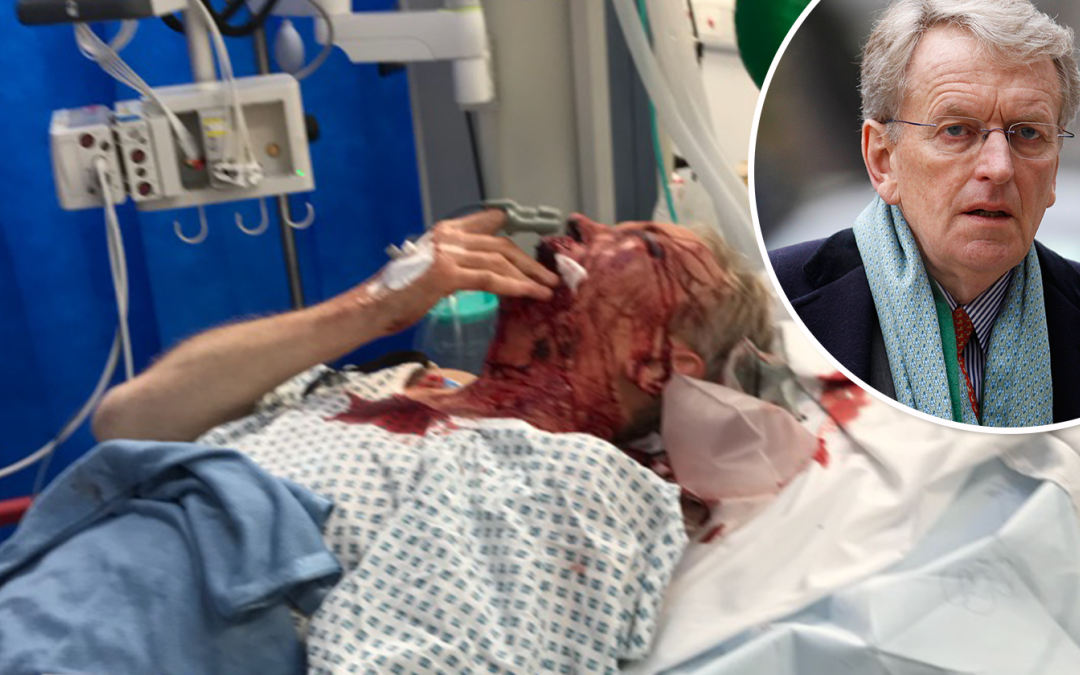 Some think this was payback for pro-Trump statements on heels of Trump’s visit to the UK. Police say it’s just a couple of teeny boppers. Hmmm. Either way, not a good advertisement for British civility.

British Transport Police said a 15-year-old girl and a boy aged 16 have been arrested on suspicion of assault occasioning grievous bodily harm after the attack at around 2.45pm on Wednesday.

His wife Catherine, Baroness Meyer, said Sir Christopher was set upon while taking the Tube to a think tank.

She told the Times: “He looks terrible. His left eye is like a golf ball and bleeding, the nose looks like it could be broken.

“I’m absolutely shocked by the level of the brutality. They really beat him. It’s appalling – like something you would see in a war zone.”

A shocking photo showed Sir Christopher, who was the UK’s ambassador to the US between 1997 and 2003, covered in blood while lying in a hospital bed.

Lady Meyer added: “At first I thought that the attack was politically motivated. He is opinionated, and sometimes people have different opinions, but the police told me they believe that it is more likely that they might have wanted to rob him.”

She said nothing was stolen as British Transport Police intervened quickly.

She said she now plans to raise the issue of violent crime in the House of Lords.

“I think we really need to stop this, if you can’t walk in London because of fear of being attacked brutally”, she said.

It comes as police struggle to cope with a wave of violent crime across the country. Violent offences were up 21 per cent last year, with 1.3million recorded – the most since records began 15 years ago.

Source: Teenagers arrested after UK’s ex-ambassador to US Christopher Meyer was beaten up at London’s Victoria train station 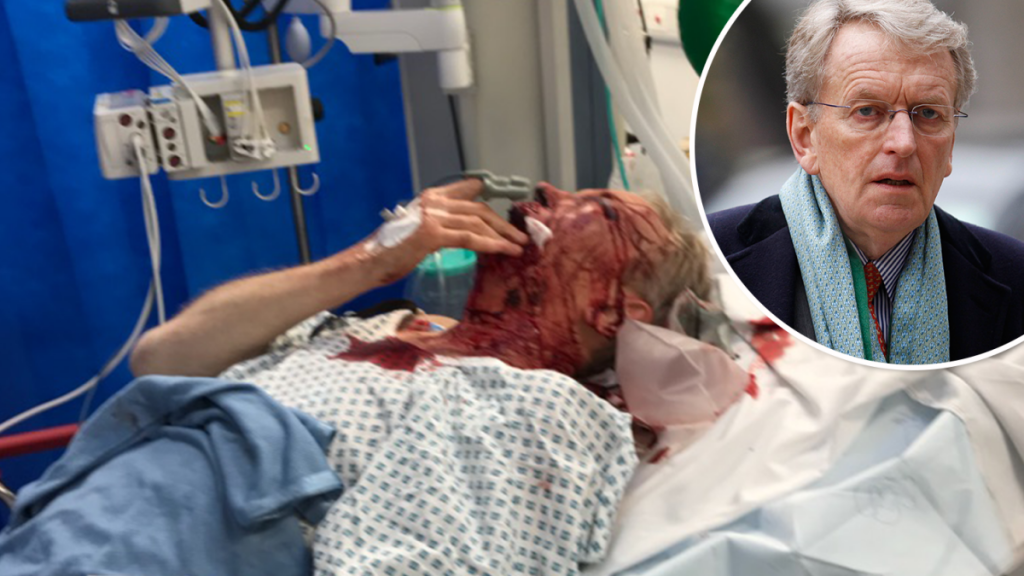