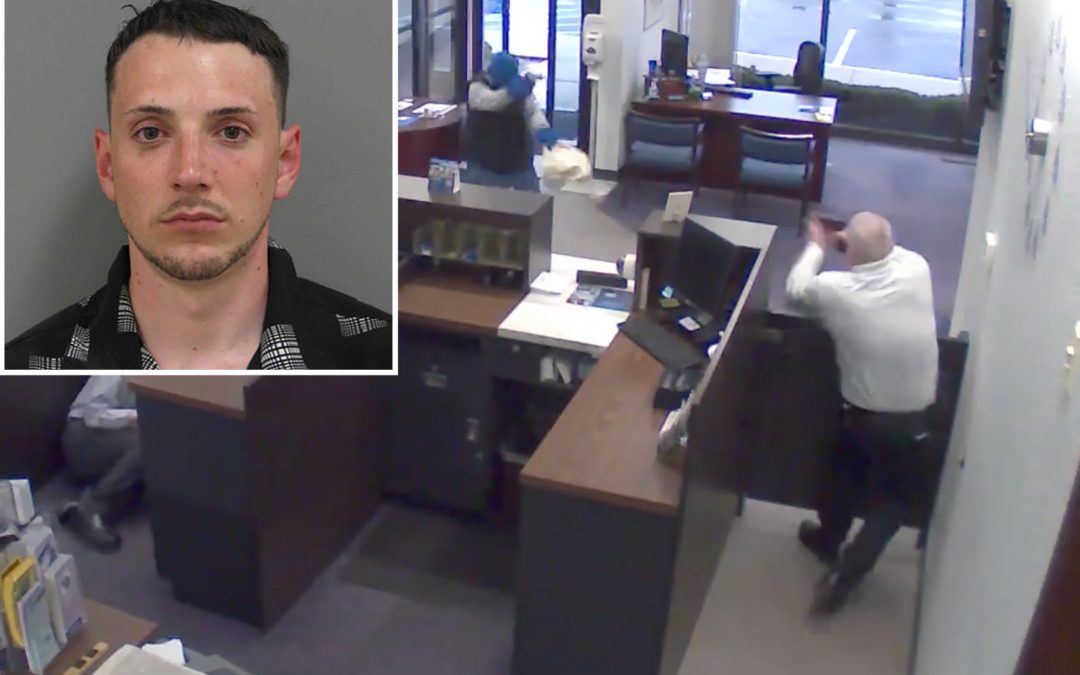 My two cents is it was a good shoot, all around.

The “buttocks shot” occurred almost exactly when the doors were opened to exit. Until then, it would not have been clear BG was withdrawing.

But this does illustrate very well the need to REASSESS after clearing malfunction (no tap, rack, BANG).

Again, overall i think the guard did great, but focusing on the issue of one-hand v. two-hand, i see no advantage generally in using one-hand around cover. In general, two-hand can just as effectively allow you to remain under cover, with added recoil control. However, the video illustrates how fast the trained mind adapts. The guard was last to notice the BG because of his vantage point and when he finally saw him come in he was basically in Condition White (for a guard anyway), relaxed against the counter with both arms folded. From there on he recovered quickly but on count 1 his support hand was still resting on the counter instead of his chest then it went (dangerously) forward as he brought the gun out, never quite achieving a proper two-handed grip and he was also off-balance, with improper stance. Guard wisely stayed down low as he approached for followup shots and i believe chose (nanoseconds) one-handed at that point because two-handed would not allow him to stay low behind gate. He did transition to two hands for the final shot when he could get both arms above the gate. Amazing work. We can’t always be in condition yellow and his training allowed fast recovery.

He said Harrison’s actions were justified because he shot Turner in self-defense and in defense of others.Turner was on drugs when he walked into the branch Jan. 20 and shot once at the ceiling before targeting Harrison, who hit him twice — in the chest and buttocks.“They are taught generally to shoot center mass in the body. This is a very dynamic, active situation and he’s doing what he was trained probably for 30 years to do and it was eliminate and take care of the threat,” Rockford Police Chief Dan O’Shea told WREG. 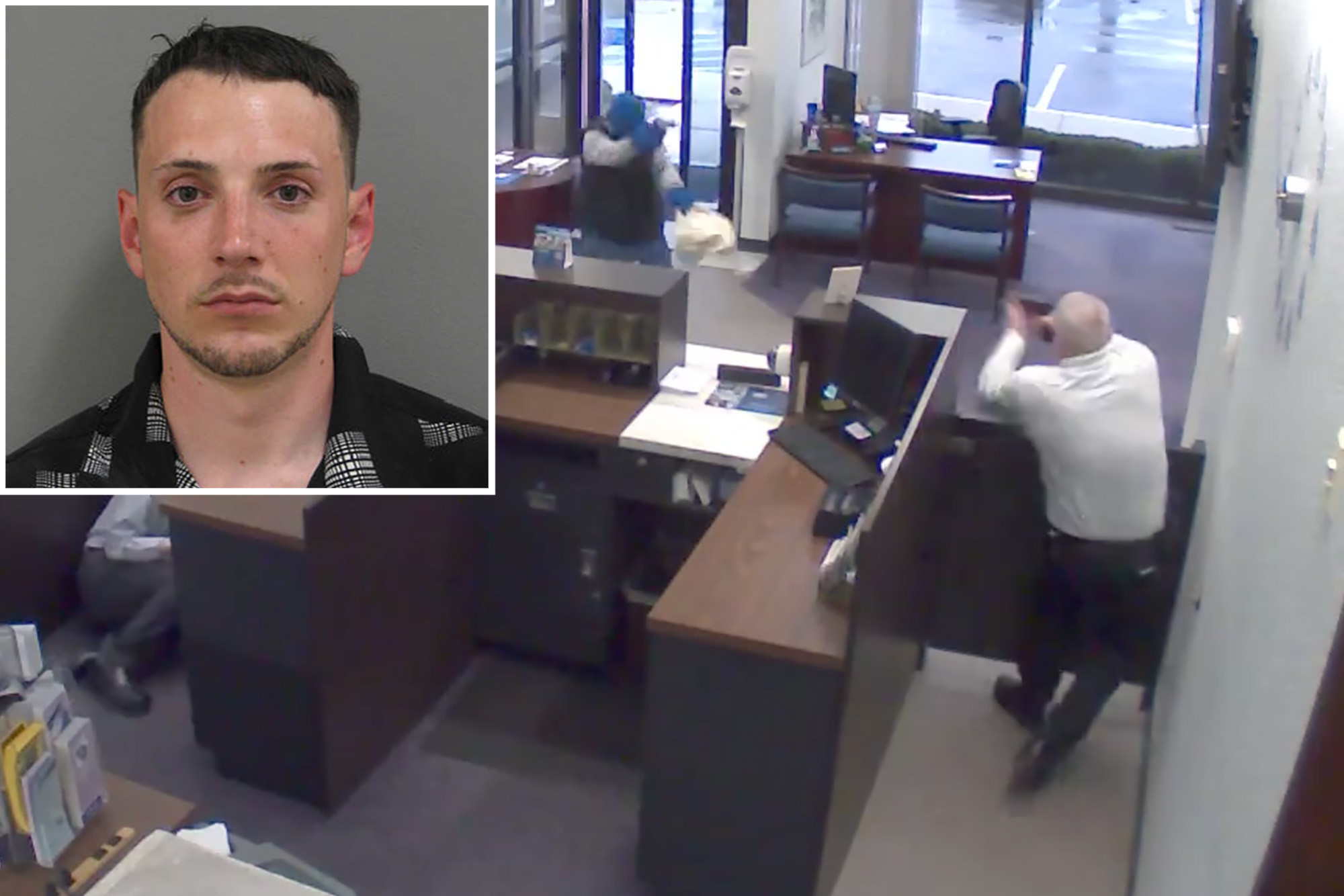