Vigano is Right to Fight NWO, Wrong to Appease Putin 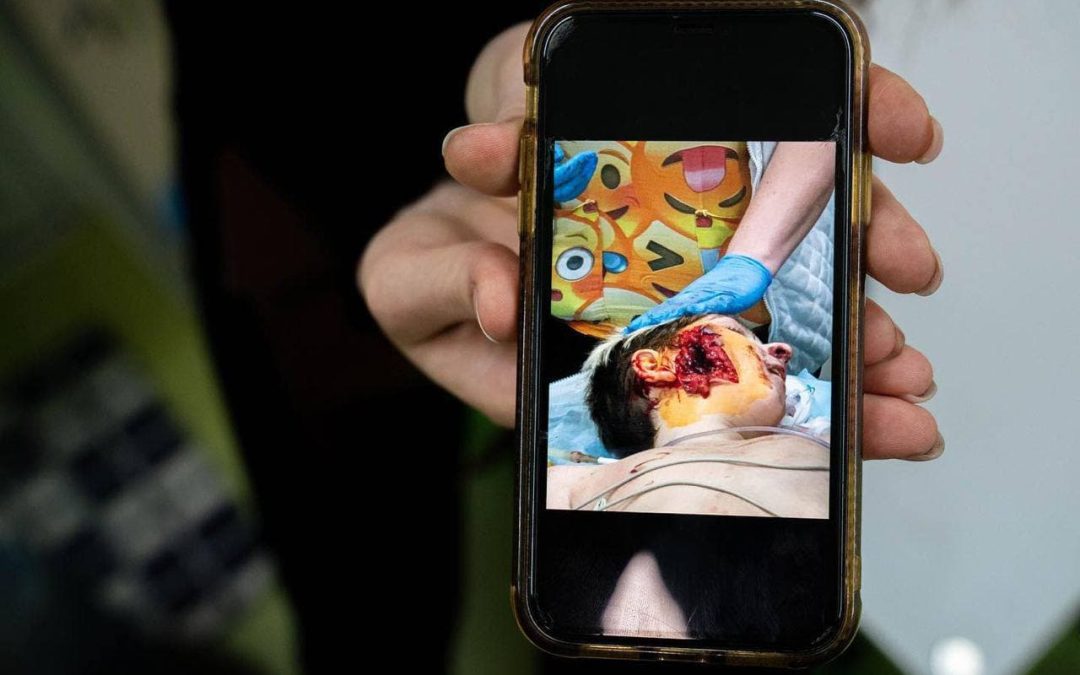 Ukraine has replaced COVID in the news and it hits me personally because my wife’s entire family lives in eastern Ukraine. A nephew over there is like a brother to my daughter, due to the many summers she spent there as a child.

Archbishop Vigano’s recent article “ON THE RUSSIA-UKRAINE CRISIS” (he can’t even call it a war) is a disappointment. His Excellency writes brilliantly on the state of the Church and the need to fight globalists but gets a failing grade (from me at least) on Russia and Ukraine.

Vigano’s article is easy to pick on because it includes in one spot so much of the blatantly false Russian propaganda spread carelessly by conservative blogs I follow. For me as a solid conservative who keeps getting booted off social nets (Facebook banned me last summer, now looks like no more LinkedIn) the almost total dissonance on this issue between me and the blogs I read is disconcerting. But this morning I read a good one from Victor Davis Hanson so it appears I am sane, after all.

This War is Simple. Don’t Make it Complicated.

We certainly need to fight the New World Order — Vigano is right about that. But he makes that fight harder by over-complicating the Russo-Ukrainian War. The war is a simple war between good and evil. It really is. Evil Putin and his evil empire invaded a peaceful country and are now killing innocent civilians, including children, targeting them at home and even on the street while fleeing through supposed humanitarian corridors. Evil stuff. Genocide, actually, and not the first genocide Ukrainians have experienced from Russian imperialists.

There was no need for this war, apart from Russia’s genocidal imperialist designs. Russia did not have to invade. Ukraine never attacked Russia or any other country. The violence in Donetsk and Lugansk was fomented by Russia. Russian-speakers are not discriminated against; my wife’s family can attest to that.

From Ukraine’s standpoint the war is necessary only because it knew Russia would invade eventually. The question was when. This is all laid out in a 2019 video of Arestovich, top advisor to Zelensky. Not that Ukraine wants war, but it prefers war to disappearing as a nation due to genocide and/or enslavement. Ukraine has long recognized that this war, this demilitarization of Russia, is Ukraine’s price for admission to NATO.

Ample Grounds to Support Ukraine, short of Going to War

This is all the cause necessary for any reasonable person respectful of life to act decisively in support of Ukraine, short of actually engaging Russia in warfare which at this point appears unnecessary given the strong will of Ukrainians to fight for their homeland.

But it’s not enough for Vigano.

Vigano starts off talking about “respect for each other’s rights” as necessary for compromise, then engages in one-sided attacks on Ukraine and one-sided appeasement toward Russia, then appeals to Russia’s good nature to cease fire. That is either naive, evil, or both.

(Though engaging Russia is not necessary at this point, it’s crazy to take that off the table.)

So let’s go through Vigano’s weak, irrelevant, libelous, Russian imperialist propaganda point-by-point so the bloggers on the right who mindlessly spread it will cease and desist:

Bottom line, while it does look like Biden could have avoided this war, and could have provided Ukraine with better defense tools, I do not believe this is anything more than political cover for him in an election year. (That would explain why all of Hollywood and Big Business got the memo at the same time to support Ukraine.) I hope my fellow conservative bloggers out there are not appeasing Putin for the mere purpose of depriving Biden of this political cover. That would be counterproductive as it would cede the important high ground of saying “never again” to genocide in Ukraine.

Kyiv is the Third Rome, Not Moscow

The war in Ukraine will not further NWO significantly. The march toward NWO will continue until we kill it with free nation states. A Third Rome under Kyivan Rus can win that fight. Kyiv has been sacred since the baptism of Vladimir the Great in the Dnipr. The soil of all Ukraine was consecrated to this purpose in the genocide of Holodomor and is again with every new death of Putin’s evil war until the war ends with Putin’s total defeat. A Third Rome under Moscow/Magog would be a terror.

We can beat back the socialists (global and national) if we keep our head and our soul. Those who minimize the ongoing genocide in Ukraine because it distracts from other political goals (even valid ones such as holding globalist feet to the fire over genocidal COVID control), have lost their soul and this will undermine the good they were trying to do.

In sum, none of Vigano’s points outweigh the imperative to oppose genocide. Zelensky is far from perfect but that is not an argument against opposing genocide. Maybe he is using NWO to free Ukraine from Russia, or maybe he’s a true believer in NWO, but he is an improvement over prior Ukrainian leaders who destroyed hundreds of thousands of firearms, supported Russia, and tried to thwart Trump. Zelensky failed to liberalize gun laws when he had the chance in 2019, but he appears to have learned his lesson on that issue. And it seems he also now recognizes the folly of seeking NATO membership. He still seeks foreign aid and alliances, and that is a necessity at this point because Ukraine failed to develop full-fledged armed neutrality when it should have years ago. Zelensky certainly talks as if he is still a globalist and maybe he is, but he is also what Ukraine needs right now, and what the world needs to confront Putin’s genocide. Hopefully Zelensky will retreat from globalism when it is safe to do so. In the meantime, we are nothing if we do not defend the innocent lives being lost to genocide in Ukraine. 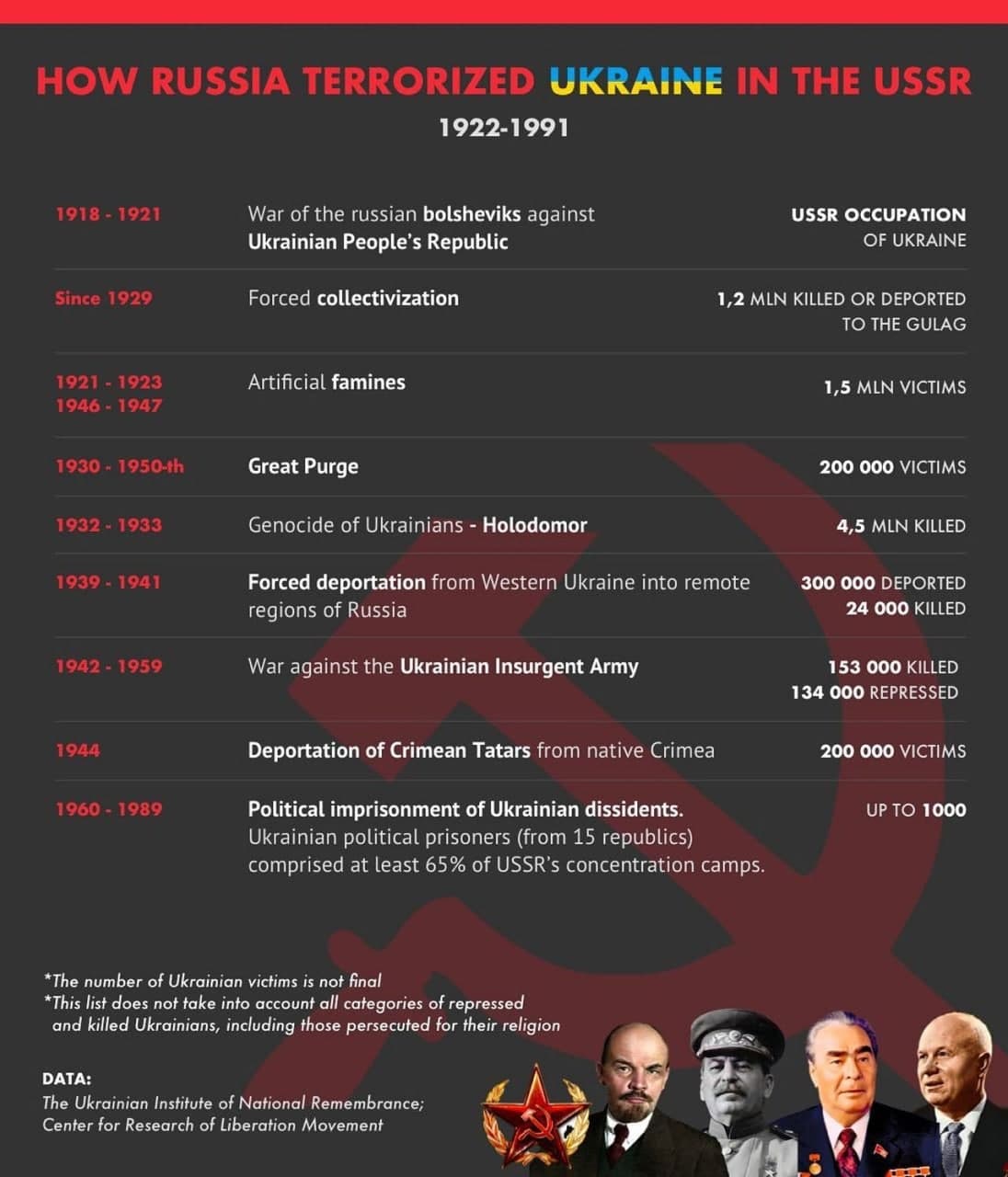