What would George Washington do in a Mass Shooting (or Ukraine)? 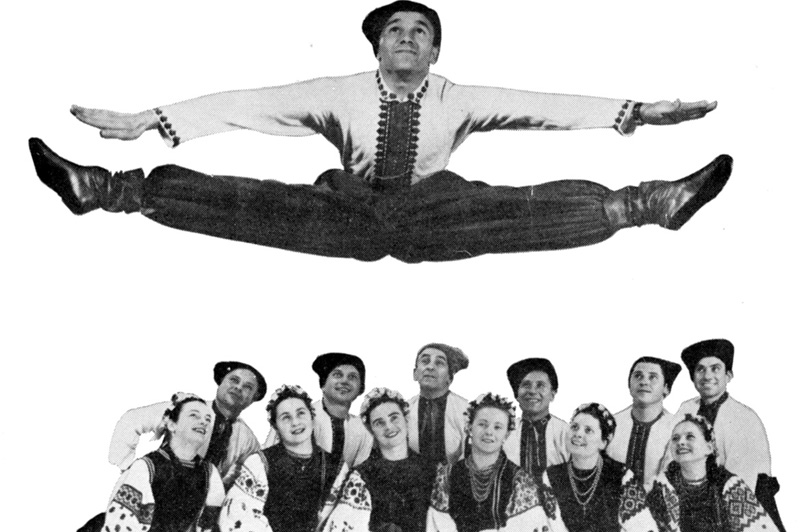 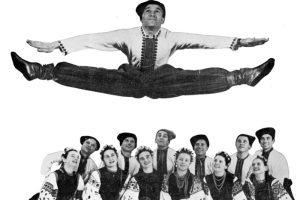 Democracy flies high because Cossacks gave us the concept of Separation of Powers.

First, the mass shooting scenario: Would George Washington run to the fire? Or would he simply call 911 and run to safety?

None of us can know in advance whether we will be capable and willing to deliver heroism in such a situation. We can assume our first president and commander-in-chief has the requisite character and skills, but would he consider it wise to run to the fire?

I asked a similar question on Facebook awhile back (before Facebook banned me), and a number of fellow gun owners (many with CCW) took the position that they would NOT run to the fire. I can understand CCW instructors cautioning against the idea of running to the fire because it may complicate police reponse if police officers observe multiple armed persons. If you remember the Columbine shooting, police were criticized for not running in quickly enough; procedures were changed afterward by law enforcement nationwide to speed up engagement, often by the first officer on the scene but you can see multiple shooters delaying and/or complicating police response, possibly resulting in a concealed carrier getting shot. In addition, concealed carriers need to recognize most CCW training barely scratches the surface of personal self-defense and things get a whole lot more complicated when you are, like a policeman, running into a situation without full knowledge of what happened already and then you have to make a split-second decision on use of force, possibly to defend a person that turns out to be the aggressor. Police have a difficult job, and even advanced CCW training does not prepare us well for those situations.

But what if George is right there when the mass shooter starts taking out innocents. He sees everything, has the requisite skill and courage, and is of course armed because like all his Founding Father pals he knows we have not just a right but a DUTY to be armed (not a legal duty, but a moral one). Assume further there is NO policeman nearby capable of responding immediately to prevent immediate loss of life. Would George run to the fire? In other words, would he run to engage the attacker, at the proper distance, on the proper vector to avoid hitting bystanders, from cover if possible? You bet he would! It would be un-American not to engage under these circumstances, provided the objective can be accomplished without unreasonable risk. George would calclate quickly the risk he faced, and then decide whether to help or not. I’m guessing he would engage.

Now, Ukraine: If George Washington were serving a third term as president, instead of Obama, what would he do about the Russian invasion of Ukraine?

In a well-written column, my friend John Seiler concludes that George Washington would reject any involvement (“foreign entanglements”) over Ukraine, based on Washington’s Farewell Address which the column discusses. Washington never actually used the phrase “foreign entanglements” but he did ask, “Why, by interweaving our destiny with that of any part of Europe, entangle our peace and prosperity in the toils of European ambition, rivalship, interest, humor, or caprice?”

I disagree with John’s conclusion because while neutrality is great as a general rule, it is not always possible and we should not be too quick to assume Washington would always counsel neutrality in any given situation.

Washington, at the time he wrote his Farewell Address, was concerned that America was too small and weak to maintain its newfound independence if attached in any kind of permanent alliance witb a greater power: “Such an attachment of a small or weak towards a great and powerful nation dooms the former to be the satellite of the latter.” America now is neither small nor week.

Some alt-right Republicans with whom I agree on most every issue have gone off the deep end with extreme isolationism, way beyond America First as outlined and practiced by Trump. At this point, they so favor Russia, that they uncritically accept any new installment of inane Russian propaganda, spreading it far and wide to defame the Ukraine they hate, a Ukraine that only exists in the brainwashed minds of these useful idiots, “Rascist Republicans” who excuse Russian Fascism and ignore the genocide it once again exacts upon the nation of Ukraine.

Washington warned about excessive partiality: “Excessive partiality for one foreign nation and excessive dislike of another cause those
whom they actuate to see danger only on one side, and serve to veil and even second the arts of influence on the other.” In my mind, repeated appeasement of recidivistic genocide definitely qualifies as excessive partiality. And no one can say we have not given Russia plenty of chances to make it in the free world.

One Rascist Republican goes so far as to say the war is all made up, noting a relative paucity of social media posts by Ukrainians showing evidence of war. Not merely content to spread Russian propaganda, that writer seems to want to generate intel for the Russians. Has he no clue that Ukrainians have been warned daily by their government not to post pictures on social media?

My wife can tell you the war is not made up; the genocide is not made up. Her entire family is stuck there in eastern Ukraine. My daughter spent summers there as a kid, and my nephew there is like a brother to her. Now, the air raid sirens go off at all hours and they spend a lot of time in bomb shelters. “The Russians are Coming, the Russians are Coming” used to be one of our favorite movies. Not funny anymore. Hits too close to home.

Washington goes on: “The great rule of conduct for us in regard to foreign nations is, in extending our commercial relations, to have with them as little political connection as possible.” Commercial relations includes arms shipments, right? Russia has done plenty of that around the world (half of India’s arms), and doesn’t seem at all concerned about the business causing it to be deemed a belligerent state in any particular war. Yet Russia feels free to threaten use of nukes over the slightest provocation, even calling sanctions an act of war. Threatening use of nukes with no sense of proportionality is reckless and akin to a kind of war crime of assault. Free nations will not remain free if they let this type of assault go unanswered; the assault will progress to robbery and murder (see vintage Kissinger, 1958). The bluff must be called, and the sooner the better. Note Washington’s use of the words “as possible” in the quote above. Washington would recognize the need to restrain criminals running roughshod over rights. He established our Navy to escape having to pay tribute to Barbary pirates.

“Europe has a set of primary interests, which to us have none or a very remote relation.” Washington wrote his address in the Eighteenth Century, but now in his third term the world is a very different place, much smaller and more connected. The war in Ukraine has an effect  on food prices globally, for example.

“It is our true policy to steer clear of permanent alliances with any portion of the foreign world….Taking care always to keep ourselves, by suitable establishments, on a respectably defensive posture, we may safely trust to temporary alliances for extraordinary emergencies.” It seems Washington would forego the impotent and decrepit “permanent” NATO alliance and show much more interest in temporary alliance with young and vigorous Ukraine to shake off its genocidal, missile-chucking, pseudo-Slavic, Eastern mystic weirdo-bully to the North. Because war for territorial acquisition is an extraordinary emergency, especially when it involves genocide. Russian imperialists like Putin are jealous of Ukraine for myriad reasons and know that to remain in power they must not only conquer it but substantially wipe out its people through various forms of ethnic cleansing which they have performed in the past and are engaging in right now: targeting civilians with bombs and missiles, holding them under siege without food and water, shooting families trying to escape in cars, running those cars over with tanks, forcing migration to Russia, etc. Kyiv, historically, not only has greater democratic traditions than Russia but is actually the true home of Russia. The little village of Moscow was founded as a colony of the great ancient city of Kyiv, seat of the great Kyivan Rus nation. Vladimir the Great of Kyiv brought Christianity to the Slavs, so when Putin speaks of Russia being Third Rome after Rome and Constantinople, he should really be speaking of Kyiv. Over the centuries, Kyiv drew democratic traditions from its rulers in Lithuania and Poland, and our very own western concept of separation of powers (executive, legislative, judicial), enshrined in our US Constitution, actually originated in Zaporizhzhia, southern Ukraine, well before Montesquieu with the 1710 constitution of the Cossack Hetman, Pylyp Orlyk. Speaking of Zaporizhzhia, doesn’t Putin’s shelling of Europe’s largest nuclear power plant in Zaporizhzhia alone qualify as an extraordinary emergency? Or that of Chernobyl? Or additional state-sponsored nuclear terrorism?

There is no need for nation building in Ukraine. Ukraine is a thousand-year-old nation with democratic traditions much older than ours.

More folks are dying of genocide in Ethiopia right now. But NATO does not stand for North African Treaty Organization because we in the West (regardless of color) have an interest in preserving Western Civilization as the font of democracy. Again, we got our concept of Separation of Powers from Zaporizhzhia (Ukraine), not Ethiopia!

There is no doubt in my mind that Washington would form temporary alliances to take Putin out, at least measures short of military engagement. Washington would recall the sting of his failure at dealing with the Barbary pirates, to whom he paid tribute instead of fighting in alliance with other nations; he ultimately corrected course by establishing a navy, but he and Adams left it to Jefferson and others to finish that fight. Washington might even set up a no-fly zone over Ukraine, given how far Russians tend to take their nuclear bluffs to brinksmanship. In the end, they will probably back down as they have in the past. But there is always some risk, because freedom is not free.