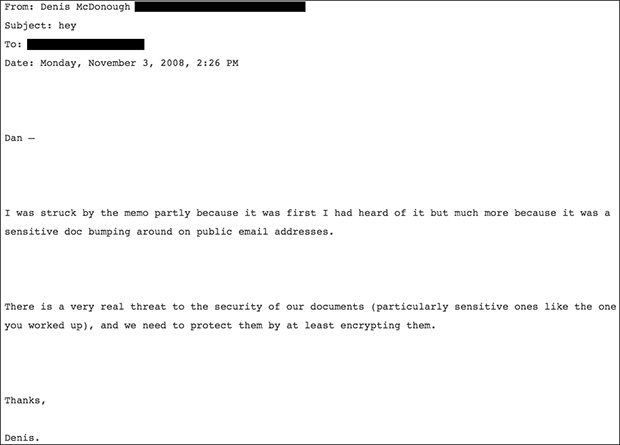 “I was struck by the memo partly because it was first I had heard of it but much more because it was a sensitive doc bumping around on public email addresses,” McDonough wrote. “There is a very real threat to the security of our documents (particularly sensitive ones like the one you worked up), and we need to protect them by at least encrypting them.”