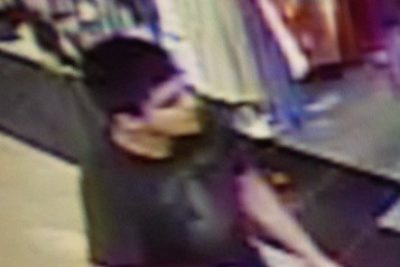 [UPDATE: Murder count now 5. Also, authorities are describing shooter as Hispanic, but with that angular face does he really look Hispanic? Looks Middle Eastern to me, possibly, although he is reported to have yelled “Besa me culo” which is Spanish for “kiss my ___”. Not that Latinos cannot be Muslim (an increasing number are) — it’s just there haven’t been a whole lot of Latinos shooting up malls lately. On the other hand, most of these mall shooters go there to die and take as many with them as they can — this one seems to have had a different plan and if he entered without the rifle then he may have been working with someone else. But if this was gang work could they not have procured a better rifle? maybe a scarier-looking AR?]

Shooter kills 5 with a LONG GUN:

According to police, three women were killed, and two others were wounded

Source: 3 killed, 2 injured in shooting at Cascade Mall; search on for gunman | KOMO

Who is blaming concealed carry? Me. Why? Because it will probably turn out that the mall bans carry, and as I’ve written I believe concealed carry is a cause of gun free zones. Even if it turns out the mall does not ban carry, the widespread “practice” of concealed carry offers no accountability. Many have permits, especially up in Washington, but few actually carry with those permits. If open carry were more socially acceptable, people would be accountable for actually carrying as they should.

ANOTHER UPDATE, and this proves my point: Island County Sheriff Mark Brown Was Unarmed At Mass Mall Shooting:

Sheriff Mark Brown was playing a game on his phone while his wife was shopping in Macy’s. Sheriff Brown heard a series of pops, and observed a clerk run by telling people to leave the store.

“When I realized the clerk was moving through, I reached for my hip and realized the situation I was in,” said Sheriff Brown referring to the the fact that he was without a gun. “The expectation people have on police officers in these situations is that they’re going to immediately solve the situation and not having the ability to do that is certainly frustrating,” said Sheriff Mark Brown.

@guntrust Irony is the Island County Sheriff was IN the store (near shooting) w/his wife. He was unarmed because mall = gun free zone