#FamilyProtection: Failure of ‘Veto Gunmageddon’ Referendum Petition, PLUS a Theory on Why Brown Vetoed SB 1332 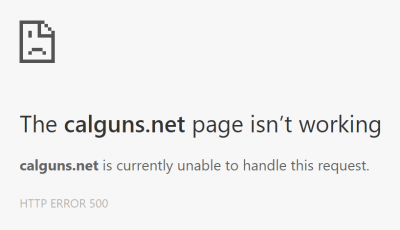 Two recent developments in California gun politics appear not to be related, but are very much related in my opinion.

First, news broke a few moments ago that the “Veto Gunmageddon” referendum petition has failed horribly, getting less than a third of the signatures required. Embarrassing, but not unexpected:

His group, “Veto Gunmageddon,” needs to turn in 365,000 signatures on each of the six referenda by Thursday, but his campaign has less than one third of the signatures needed, according to initial tallies posted by the group on Facebook.The most signatures in hand, 115,141, are for the referendum to overturn SB 880, which bans the sale of semi-automatic rifles with detachable magazines.“We did not get the signatures because of the way the bills were passed and signed,” Bahrami said in an email Tuesday.  “Most gun owners still do not know a gunmageddon happened.”Although gun shops and shooting ranges agreed to have petitions on hand to sign, Bahrami said there was not enough interest even by gun owners.“Apathy among California gun owners was clearly a factor, too,” he said.Despite the setback, Bahrami said he hopes the gun community has begun organizing better.

True, SB 1332 had some bad aspects including further restrictions on the loaning of firearms, going beyond the already drastic loaning restrictions of the recently enacted AB 1511. But unlike the terrible gun laws recently passed, SB 1332 had a silver lining: the creation of a joint registration system for firearms.

Registration, a silver lining? What are you saying, Duringer? As I pointed out several years ago, there are a LOT of gun owners running loose in California who are technically felons and don’t know it, merely because they did the right thing and set up a joint trust for their family, but their estate planning attorney was not familiar with the transfer rules governing firearms.

Either intentionally or accidentally, California has set up a legal framework making it very difficult for families to transmit their most valuable legacy: the Firearm Legacy.

Take, for example, AB 1674, which would have highly disfavored private trust transfers of guns compared with court-controlled probate transfers. This bill was vetoed but it shows you where Sacramento is headed.

So, did Brown veto SB 1332 because we intimidated him with our petition drive? Hardly. He simply realizes the best thing he can do now is frustrate peaceable and otherwise law-abiding gun owners, especially in their estate planning, with a hopelessly complex maze of unfathomable laws, so that they simply give up on the Firearm Legacy.

The gun groups in California are impotent, thoroughly secularized and incapable of leading families in what is necessary to win this fight.

For the moment, other states value guns so with the right trust planning, you can still provide a Firearm Legacy for your descendants, even to some extent here in California. But you must act now — your great-great-grandkids will be glad you did!

The first step is getting trained. We provide that training free of charge.