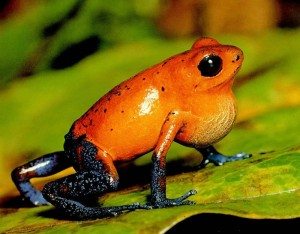 It is not often i disagree with Dr Lott but i do disagree with his apparent bias against open carry. Only open carry can deter an attack from happening in the first place (Lott admits this: “they can select another target”). Only open carry can improve the character of the people by educating them in the militia ethic and providing accountability in the exercise of their responsibility to carry. As i like to say: Open carry is ultrasound for the Second Amendment. With concealed carry, only a tiny fraction of permittees carry regularly and it is easier to ghettoize their dwindling number and frustrate carry with place restrictions and other nonsense. Moreover, concealed carry can be uncomfortable in some climates. So lots of people have permits, but how many actually carry all the time?

Lott’s reasoning seems to be limited to “either/or” but the reality in most states is that both are allowed, which allows the tactically superior (at least from a surprise standpoint) concealed carry to complement the open carry i view as strategically superior. Tactically of course, one who volunteers to open carry is vulnerable as a target. But the attacker cannot be certain no one nearby conceals. Even one who open carries may decide to also conceal a backup gun. And of course, risk gets lower as more people open carry. To borrow a term from the biology of brightly colored creatures, these “aposematic citizens” who open carry accept greater personal risk but help society a great deal. Society is safer when we are accountable to each other in fulfilling our duty to bear arms.

But open carry has an important drawback.  It isn’t as effective as concealed carry in protecting people against terrorist attacks and mass public shootings.Criminals and terrorists can strike anywhere and at any time.  They can attack someone who is openly carrying a gun.  Alternatively, they can select another target or wait for a more opportune moment.Concealed carry is the most effective way of counteracting this strategic advantage.  A killer can’t attack a big grocery store in Texas without facing likely resistance.  And, of course, an attacker has no idea who might be packing heat.

Source: Open carry comes to Texas: Why the Lone Star state will be safer in 2016 | Fox News

---------------------Follow @guntrust:
Fire at will:
The mission of Protective Law Corporation is to grow Family Power by transmitting Life, Fortune, and Honor, to succeeding generations. Check out our fun training events!