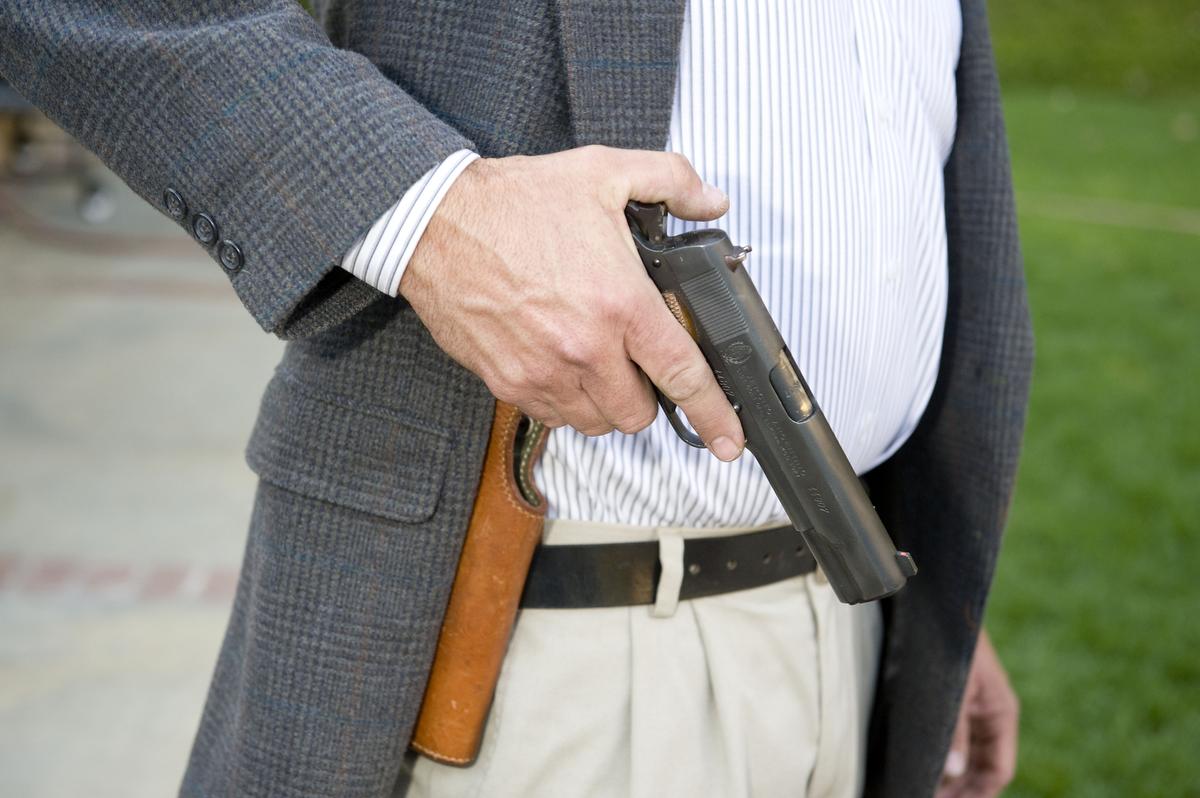 The OC Register chose this picture, not me. I count at least four things wrong with it. Just for fun, use the Facebook comment feature below to list what you see wrong in the photo.

I hope the apparent thaw is real. In my interview for a CCW, I discussed the issue of widespread carry with a higher-level staff member and he was definitely against the idea. This certainly sounds like a different sheriff than the one who told me “Orange County is not Mumbai” soon after she took office. Until she returns to accepting “personal protection” as cause rather than pretending she can predict future crime, I must assume she is merely responding to litigation by the NRA. Yet her recent comments offer some hope of a shift in opinion and remember, even in the more gun-friendly states it took a few years for the sheriffs to come on board. Women have been flocking to guns and concealed carry in recent years — perhaps this is what our sheriff has really noticed, politically.

But in her meeting with us, Hutchens said she has noticed “what’s going on in the country,” and specifically mentioned the Dec. 2 terrorist shootings in San Bernardino. Those intent on committing murder easily can get weapons. It’s the innocent who need to protect themselves.And she mentioned attending the Feb. 9-11 meeting in Washington, D.C., of the Major County Sheriffs’ Association. Both FBI Director James Comey and Department of Homeland Security Services Secretary Jeh Johnson said that, instead of massive terrorist attacks such as that on Sept. 11, 2001, San Bernardino-type attacks are more likely.Hutchens described it as “a new type of attack, not a grand attack.” Such attacks are hard to detect because they’re perpetrated by people seemingly an integral part of the community.She also said that, under the more liberal permit policy, there “hasn’t been one negative incident around the county.”