Is it too soon to blame the Texas church victims for not arming themselves? 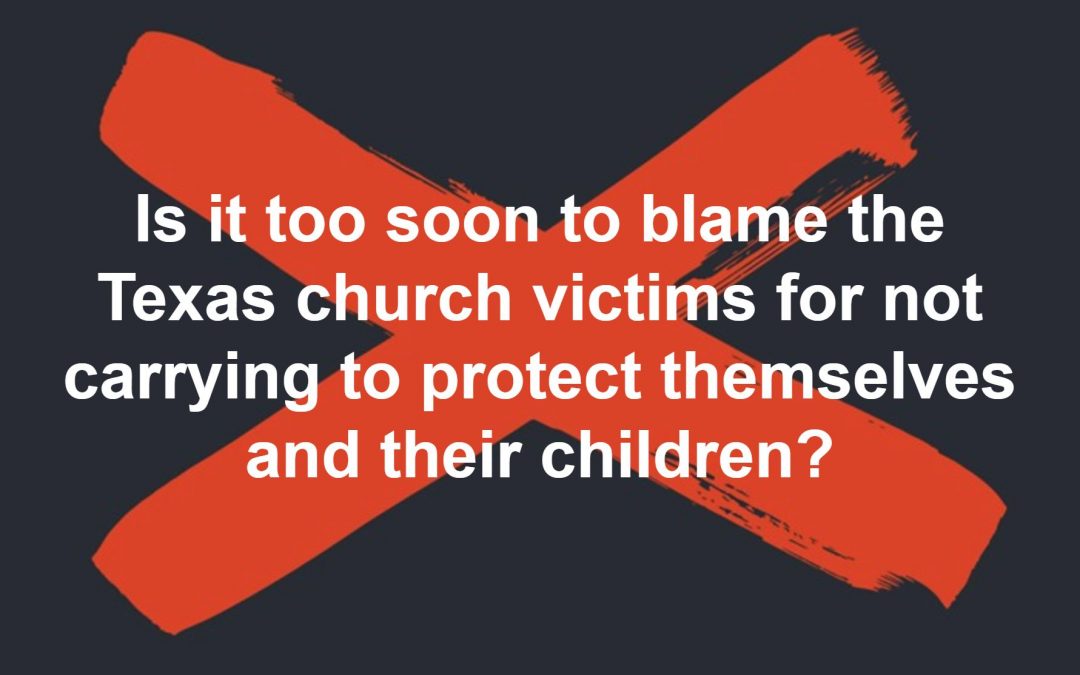 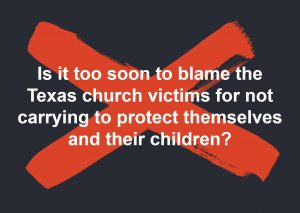 I would hope most people by now know that the Texas church massacre was stopped by a good guy with a gun, Stephen Willeford, and that the gun he used to stop the attack was the oft-maligned AR-15. Some on the Left are so crazy they actually say Willeford should not have had this gun to stop the attack. (For example, Biden.)

The Left will always sound crazy on guns to those of us who actually have training and the comfort of skill at arms. We are trained to protect our families and they are complete fools who really should be embarrassed at what they say, but aren’t because of their blissful ignorance.

But there are a disturbing number of people on the right, who generally support the Second Amendment and should know better, who incorrectly and immorally feel that guns have no place in church, even if that means their children must die because the parents have no means of protecting them.

Pacifism is NOT Christian. It is an evil heresy spread by many pastors of every faith up and down the spectrum, from wayward Catholic bishops to hustling Protestant preachers. In truth, self-defense is a necessary corollary to the right to life, has long had a firm place in our Catholic catechism going back hundreds of years prior to the Protestant Reformation, and in fact the Second Amendment itself is rooted in Catholic doctrine, which in turn borrowed from the ancient classic republics. (This is one of the revolving topics treated at my weekly seminar.)

Willeford is correct in saying he would likely not have prevailed with just a pistol against the shooter’s superior firepower and protective gear. Willeford needed his AR, but he needed it because he was alone in responding. But if a dozen or so churchgoers had been armed with a pistol and had fired multiple shots, the evil one very likely could have been taken down and far more quickly than by relying on the good neighbor across the street who had to retrieve his rifle and load it. Each round of .45ACP or even 9mm is like a heavy punch and would have slowed him even if there was no penetration of armor, so that he could be subdued. A couple of armed security men with pistols could have easily been shot down, but not a dozen or more properly armed churchgoers constantly firing from multiple magazines. At least, that would have bought time for others to escape.

A few of these churchgoers may have had legal disabilities prohibiting them from owning a gun, but the vast majority of them could have acquired a gun and obtained a Texas concealed carry permit. Church carry is legal in Texas as long as the pastor does not ban it. If the pastor bans it, then find another church. Because YOU must protect your kids, not the pastor. And in this case, the pastor’s own daughter was killed.