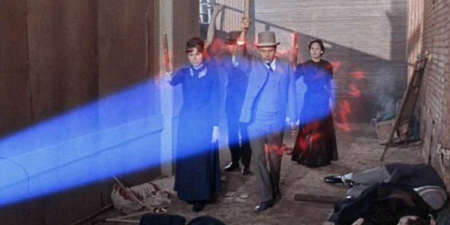 The Court’s short per curiam decision begins with this quote from Heller:

The Court has held that “the Second Amendment extends, prima facie, to all instruments that constitute bearable arms, even those that were not in existence at the time of the founding,” District of Columbia v. Heller, 554 U. S. 570, 582 (2008)

Alito and Thomas, in a concurrence, criticized that move:

A State’s most basic responsibility is to keep its people safe. The Commonwealth of Massachusetts was either unable or unwilling to do what was necessary to protect Jaime Caetano, so she was forced to protect herself. To make matters worse, the Commonwealth chose to deploy its prosecutorial resources to prosecute and convict her of a criminal offense for arming herself with a nonlethal weapon that may well have saved her life. The Supreme Judicial Court then affirmed her conviction on the flimsiest of grounds. This Court’s grudging per curiam now sends the case back to that same court. And the consequences for Caetano may prove more tragic still, as her conviction likely bars her from ever bearing arms for selfdefense. See Pet. for Cert. 14. If the fundamental right of self-defense does not protect Caetano, then the safety of all Americans is left to the mercy of state authorities who may be more concerned about disarming the people than about keeping them safe.