How to Recognize a Suicide Bomber 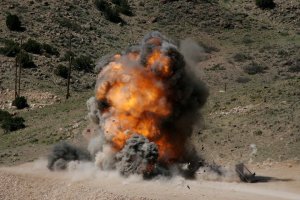 Sometimes you might be able to identify a suicide bomber before he detonates.  Here’s what to look for:

–          Hands hidden (possibly holding the switch to detonate the bomb)

–          The bomber focused, but unresponsive.  Suicide bombers often have the “1000 yard stare” and are usually  unresponsive to  questions or commands

–          Heavy luggage or backpacks that don’t fit the situation.  The average weight of a bomb used by a suicide bomber is around 20 lbs. The Madrid train bombers all had very heavy backpacks.  The Moscow bomber placed his bomb in a rolling suitcase.  Not all the bombers wear their bombs.

–          Nervousness, excessive sweating, or repeated mumbling of a prayer or mantra